This bio has been edited and condensed from a verbal interview with Mr. Kober.

John Kober began his career at Arthur Young (now Ernst & Young) in the early 1980’s in the tax department working in various areas of corporate tax planning, corporate divestures, partnerships, and financial planning for high net worth families. During that time in the early 80's, John was learning about ESOPs and by 1984, as tax laws changed to attract and secure bank financing of ESOPs, he was ready to take on his first major transaction.

In 1987, John joined Law, Snakard & Gambill as a corporate tax attorney working on various corporate transactions, working on tax and structure planning with wealthy family business owners, and had the opportunity to work on a landmark corporate governance case that became the corporate Board fiduciary standard in Texas. In addition, he had the opportunity to work on the Tandy Corporation ESOP bond indenture transaction, and successfully implemented Tandy's ESOP and bond indenture offering (this being one of the first companies to use section 133 - the feature of providing banks and investors in ESOP indebtedness a tax incentive to do ESOP loans), raising $100 mil in capital for the Tandy Corporation. John was involved in a number of other transactions related to the Tandy companies such as Tandycrafts, Cargo Furniture, Tandy Brands, and Color Title. He worked with the Bass family’s private equity group to help with the InsureZone ESOP private equity transaction (which used an ESOP for capital and liquidity), followed by the Purdy Corporation in 1989 by helping Mr. and Mrs. Howard, owners of the Portland, Oregon company at the time, become an ESOP to implement family and estate planning.

In 1989, John's journey with ESOPs allowed him to team up with Jerry Kaplan and learn more by Jerry's mentoring. John also teamed up with Greg Brown, Ted Becker, Charlie Smith, Keith Butcher, Joe Strycharz, Lou Paone, Jim Massey and Bob Socol, just to name a few who helped him along the way.

In 1999, John joined the law firm of Jenkins and Gilchrist where he later teamed up with David Ackerman.

Throughout the years, Beverly English administratively supported John with firm changes and complex client projects. In the interview, John continually was thankful for Beverly's support and loyalty.

In John’s journey, he has had the opportunity to work as a corporate tax attorney on a number of very high profile ESOP transactions such as WinCo, Bi-Mart, Forest City Trading, Varalite, Camber, and others.

John finds this recognition to be a privilege and is honored to be part of a select group of attorneys in the ESOP ring of honor (such as Jerry Kaplan, Greg Brown, David Ackerman, and others). 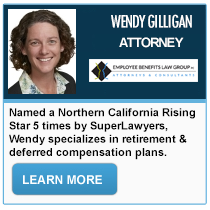 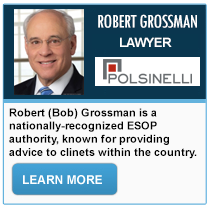 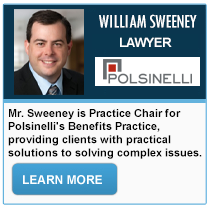 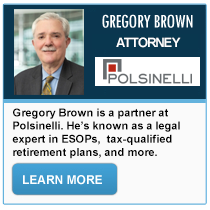 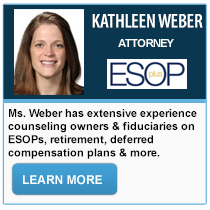